I’m proud to be leading the campaign for a parliamentary inquiry into the handling of the Mineworkers’ Pension Scheme.

Since 1994, the 'sharing arrangements’ have resulted in £4bn being taken from the Scheme, which has not been used for the benefit of mining communities, whilst pension scheme members have been left with an average pension of only £84 a week.

Fifty MPs have written to the BEIS select committee calling for a parliamentary inquiry and asking the government to consider fairer arrangements which would better serve our coalfield communities. 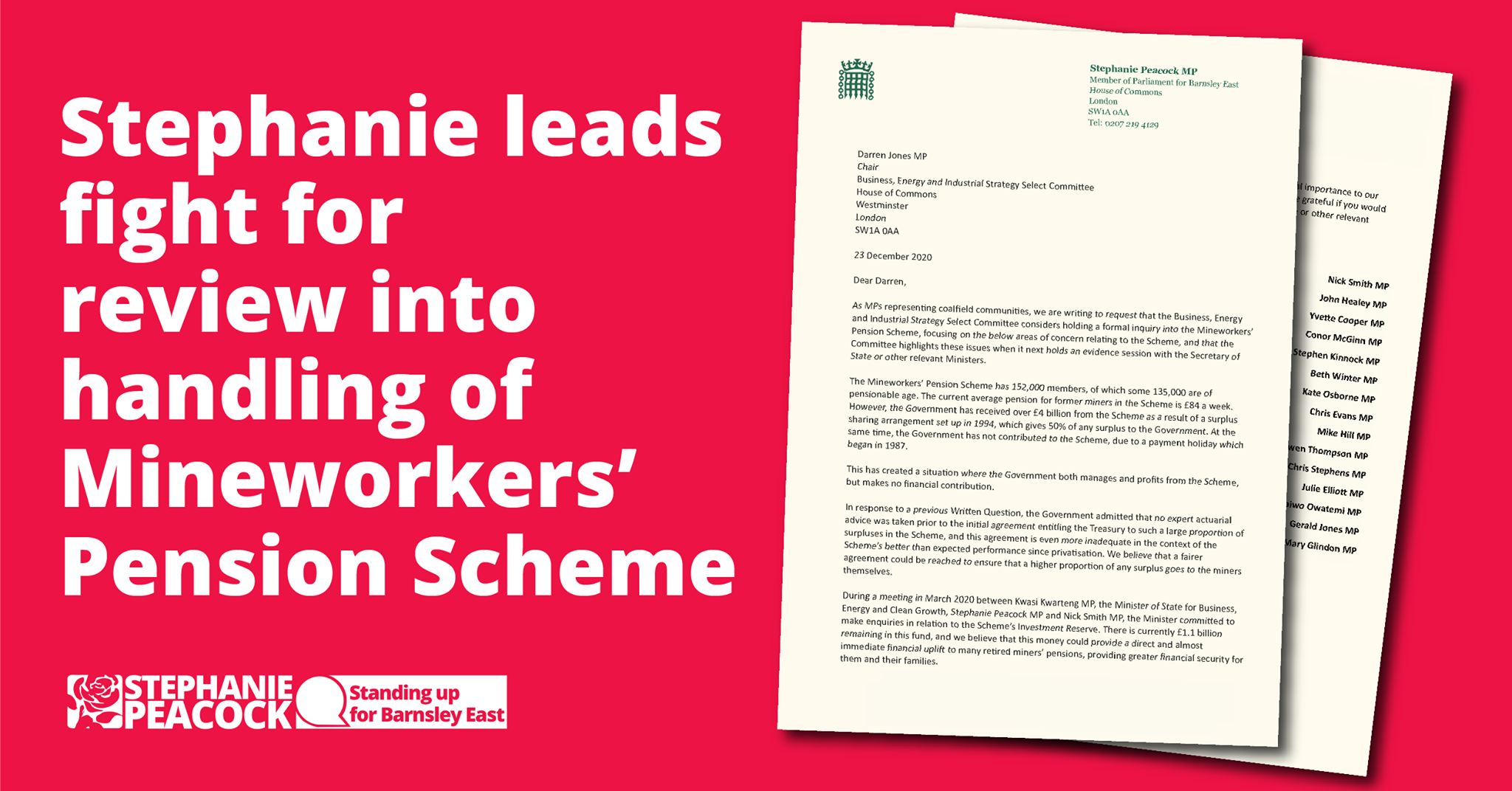